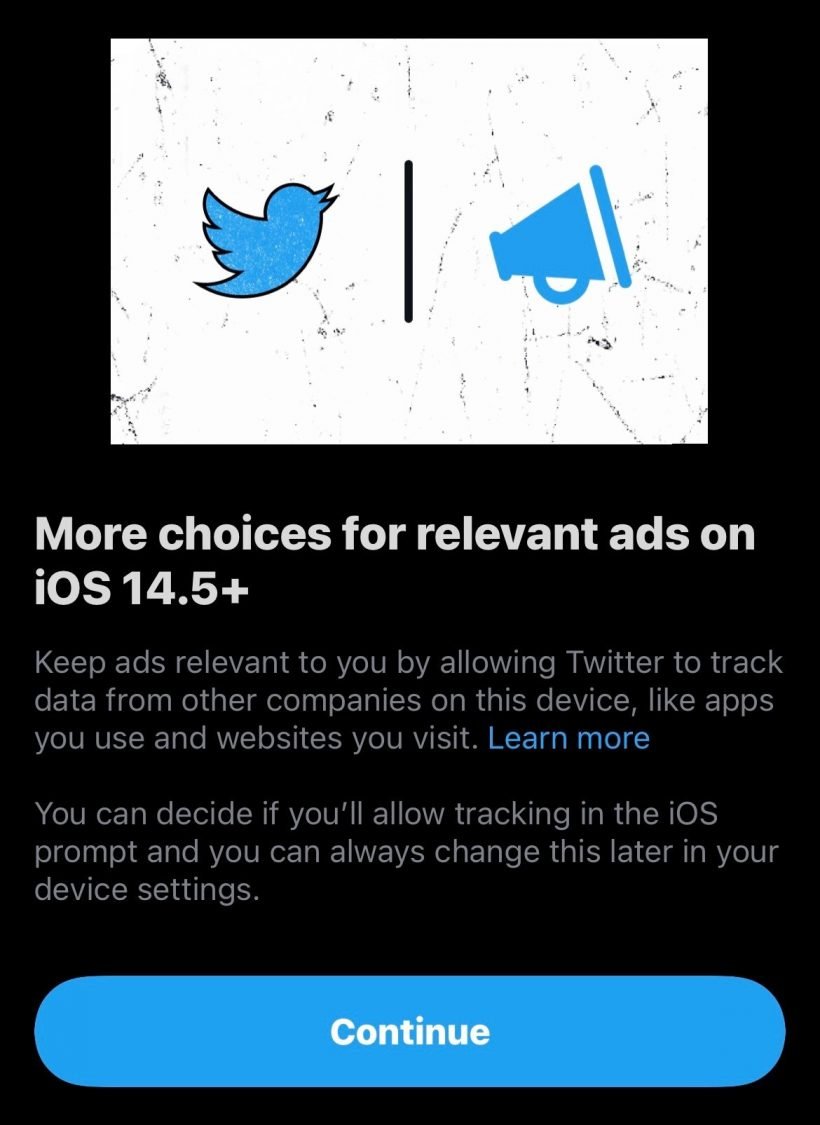 More choices for relevant ads on iOS 14.5. Keep ads relevant to you by allowing Twitter to track data from other companies on this device, like apps you use and websites you visit. You can decide if you’ll allow tracking in the iOS prompt and you can always change this later in your device settings.

When the Twitter prompt shows up, users can tap on “Continue” and it will pop-up the App Tracking Transparency setting in-app, where they can either choose “Ask App Not to Track” or “Allow” tracking.

By allowing app tracking, Twitter will be able to track users’ activity across different apps and websites and show relevant advertisements accordingly.

According to the analytics firm Flurry, only four percent of ‌iPhone‌ users in the United States have chosen to allow app tracking on their device. This shows that the vast majority of iPhone users are leaving app tracking disabled. This may impact the $189 billion mobile advertising industry worldwide, according to Flurry.

Save money at Bern, Under Armour and more with new Apple Pay promo