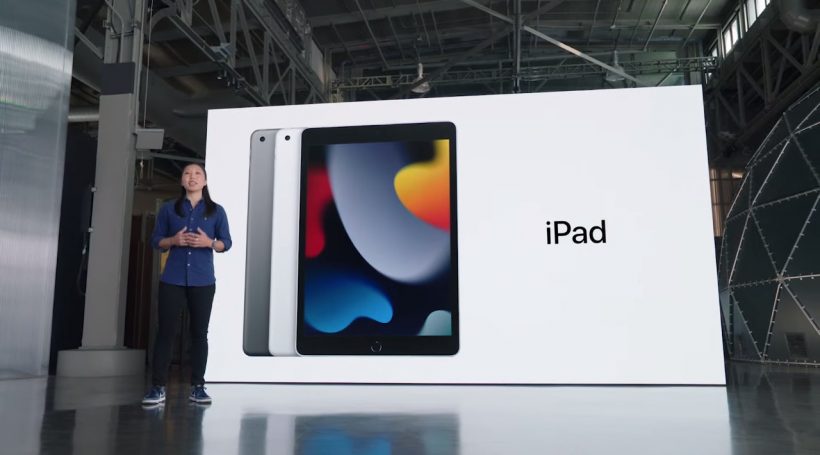 Apple has announced the new iPad sporting A13 Bionic, the ninth generation of the iPad. The new device has a 12-megapixel front camera, faster performance in CPU, GPU, and Neural Engine. The device offers two storage options, starting with 64GB to 256GB, which is twice as much compared to the previous model.

With the enhanced machine learning capabilities, the Neural Engine in A13 Bionic uses on-device intelligence, for instance, to recognize text in photos and allows users to run apps and games seamlessly. The A13 chip brings a 20 percent performance boost over the A12 chip used in the previous model, according to Apple.

The iPad features a 12-megapixel ultra-wide front camera and is enabled by Neural Engine. The Center Stage experience, which was launched on the pro model, is now available on this budget model as well. With the Center Stage feature, the camera automatically detects people and moves the frame to follow them. This helps in making video calls more natural, be it on FaceTime or any third-party video-calling app.

Another new feature on the budget-friendly iPad is the True Tone display. The display adjusts color and light to match the environment using an upgraded ambient light sensor. This provides users with a more natural and comfortable viewing experience.

The new iPad is available for pre-order on Apple’s online store. The device starts at just $329 for 64GB, available in 28 countries beginning September 24.