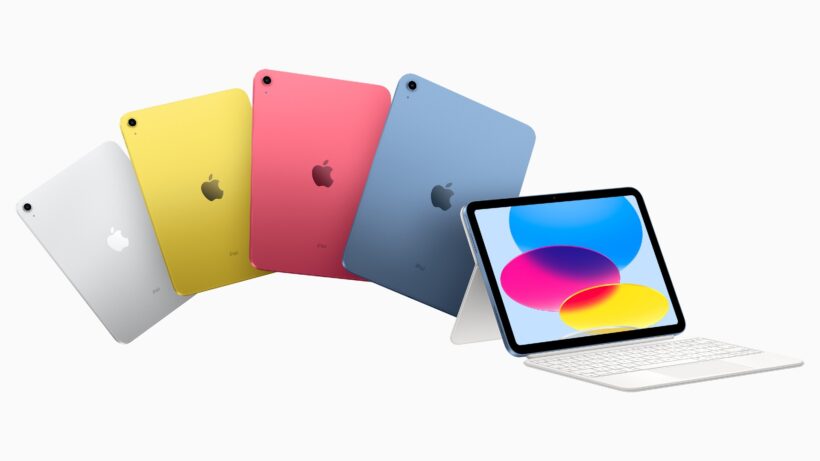 Apple has redesigned the entry-level iPad with an all-screen design, offering thin bezels, vibrant colors, and a more affordable price point for what’s being offered. It’s much like an iPad Air, but with essential features and modern aesthetics.

The 10th-generation iPad sports a 10.9-inch Liquid Retina display with True Tone. It also relocates the Touch ID onto the power button for slimmer bezels on the front. For the first time, Apple is repositioning the front-facing camera on an iPad. The 12-megapixel ultra-wide camera (with Center Stage) is now moved to the right-side bezel, making it more suitable for landscape video calls.

Powering the new iPad is A14 Bionic, the same silicon that’s on the fourth-generation iPad Air and the iPhone 12 models. There’s support for WiFi 6, 5G, and USB-C in terms of connectivity. Apple has also updated the 12-megapixel rear camera which shoots 4K video with support for 240fps slo-mo.

Apple is also launching a $249 Magic Keyboard Folio for the new iPad, which is a full-sized notebook keyboard with a trackpad. It looks a lot like the Magic Keyboard, but without the floating display feature. Plus, the first-generation Apple Pencil support is also included.

The base iPad starts at $449 for 64GB of storage in WiFi, and at $599 for the same in 5G. Well, that’s a significant hike from the previous generation iPad. Fortunately, Apple is still selling the $329 iPad for price-conscious buyers. Preorders are open now, with in-store availability beginning October 26.